Five Common Home Styles and Where in Omaha to Find Them In the mid-1800’s Omaha, Nebraska was founded and nicknamed Gateway to the West due to its situation on the west side of the Missouri River from what had already been settled further East in Iowa.

Throughout the rest of the century and into the next, Omaha became a thriving midwestern town with distinct neighborhoods springing up along the river and moving ever west to what is now more commonly known as West Omaha.

With this development, the city’s residents also adopted many of the more popular home styles that have straddled several centuries since. Here are a few of the more common styles and where they can be found in Omaha: 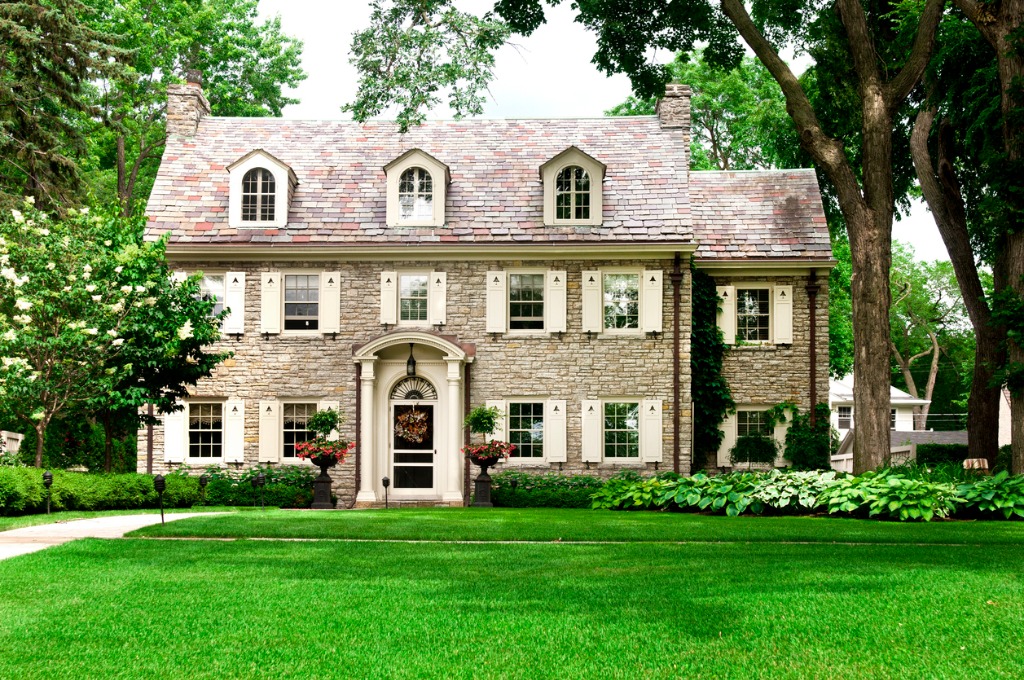 Georgian homes were an extremely popular home style built around the turn of the 20thCentury in the United States. Originally named for King George I of England, the more modern versions of the day were interchangeably referred to as “Colonial” due to the fact that they were built in the new American colonies on the East Coast after independence was claimed from England.  These colonial homes remain a staple in residential architectural styles today.

Some of the characteristics include a symmetrical form and window placement, multi-paned windows, a transom window over the paneled front door, pediment or crown and pilasters (pillars) at the front entry, cornice with dentils and corner quoins – both trim elements. These homes are typically built in red brick here in Omaha, although many were painted since their construction in the 1920’s.

The neighborhoods in which these homes are most popular are early Omaha neighborhoods such as Gold Coast, Blackstone, the Joslyn Castle Neighborhood and even more commonly throughout the Dundee, Fairacres and Elmwood Park neighborhoods all located between 36thand 69thStreets from Leavenworth on the south to Happy Hollow Boulevard on the north.

A cousin to the Colonial Revival is the Dutch Colonial, which is characterized by its symmetrical window placement and more familiarly the “barn style” roofline with overhanging eaves. 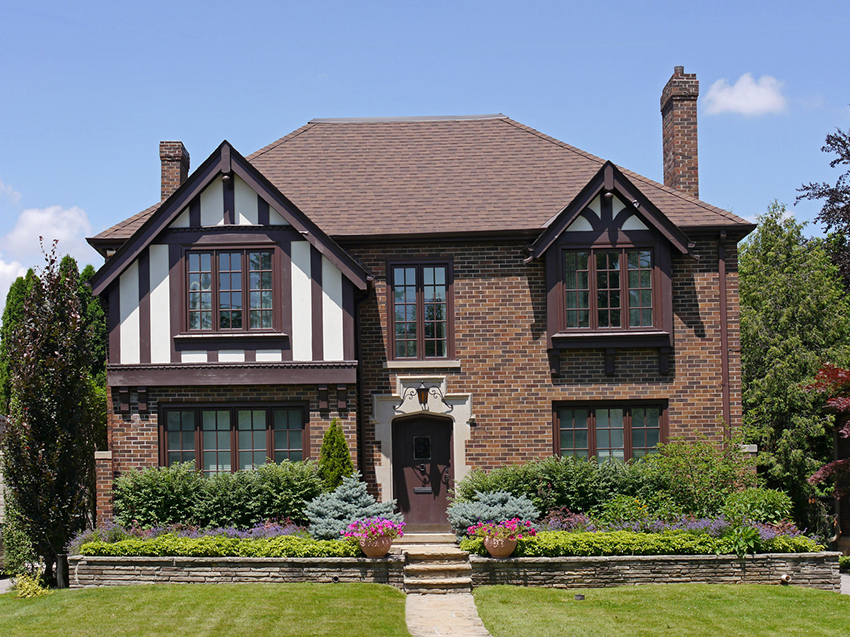 The Tudor Revival was also built primarily in the early 1900s ending around the time of the Great Depression due to the high cost of the materials needed to build these grand homes.

The Gold Coast and Blackstone neighborhoods have many of the larger, grander versions of these homes in Omaha, but there is a large concentration in the Country Club neighborhood between Northwest Radial Highway on the north and Happy Hollow Boulevard to the south, as well. While the Tudor homes in Country Club tend to be less grand in scale, the beautiful architectural details and high-quality construction are still present in these later versions. 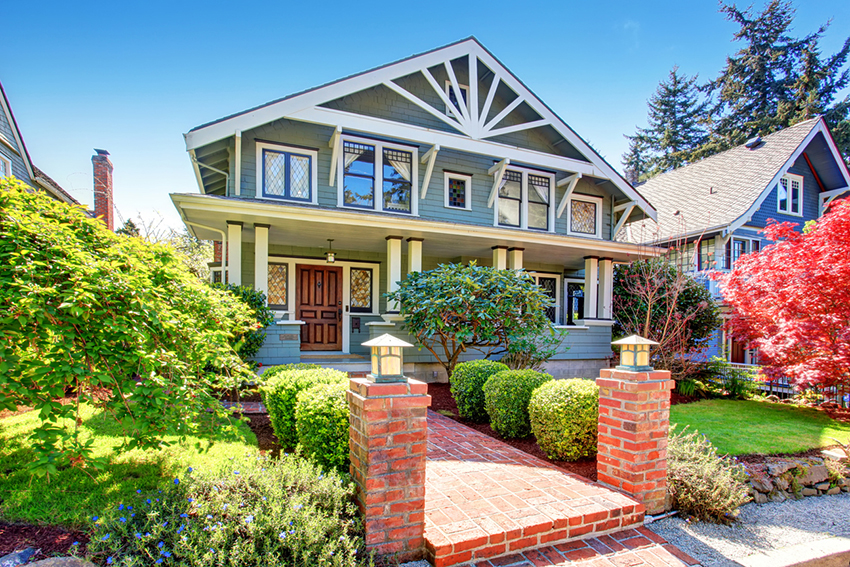 The American Craftsman style was commonly built prior to the turn of the 20th Century, many of which were constructed in the 1860s and later. The style was a departure from the over-decorated residences of the Victorian era and focused on handwork over mass production.

Most of the American Craftsmans will be found in some of Omaha’s earliest neighborhoods again such as Gold Coast, Bemis Park from Cuming Street to Hawthorne Avenue and the Field Club neighborhood bordered by Leavenworth and Center Streets in the 30’s blocks. 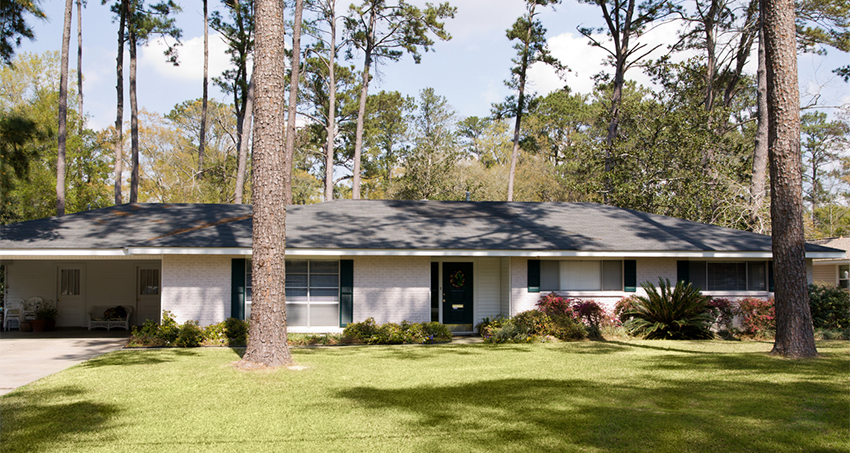 Homes with long, low-pitch rooflines, single stories, and simple, open floor plans are called Ranch Homes. These homes typically have living spaces on one side of the home and bedroom spaces on the other. Attached garages, sliding glass doors that open up to a patio, vaulted ceilings and exposed beams are other common characteristics.

In the past several years as the design focus has turned back to a more Mid-Century Modern aesthetic, many of these Ranch homes are being updated with modern details such as recessed entries, long horizontal windows with linear placement, and sustainable building materials.

A Raised Ranch or Split Level uses the basement as additional living space and is typically accessed by stairs descending from the front entrance or the garage on a lower level from the main part of the home. These homes started popping up in the 1950s, were an efficient use of space and economical to build.

Many of the neighborhoods in Millard and outlying areas to the south like Papillion, Ralston, and LaVista, as well as neighborhoods in North Omaha all along Ames Avenue and Sorensen Parkway, feature these types of homes built largely in the 1960s, 70’s and 80’s. 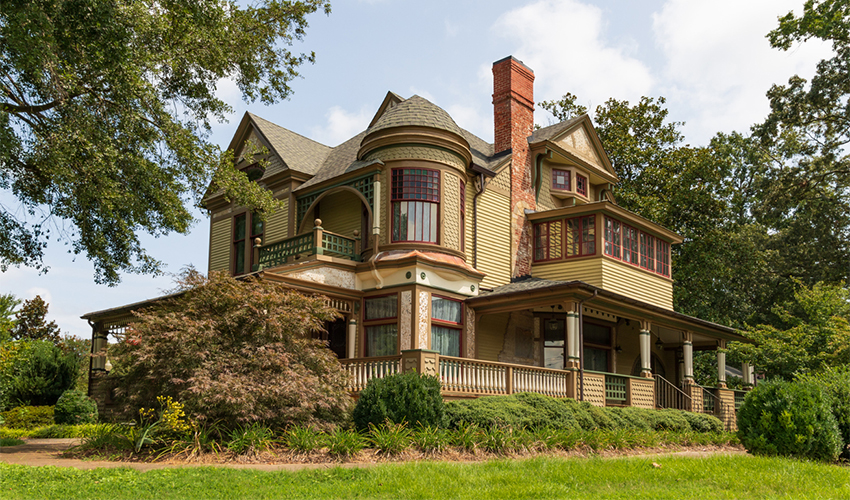 Queen Anne of England is the namesake for which this style of architecture originated in England in the early 1700s. However, Queen Anne Revival architecture of the 19th Century is actually quite different from its predecessor. These homes can be found in many of the older Omaha neighborhoods originally built during the latter part of the 19th Century and into the early part of the 20th.

While Omaha boasts a number of other styles, as well, you will find no shortage of the aforementioned in your search – or your “window shopping” – for homes here in the metro. From a darling Cape Cod at 114th and Pacific to a Gothic Revival in the Joslyn neighborhood, there really is something for everyone in this charming city.